Oh! Google just showed off the Pixel 7 and Pixel 7 Pro! Both phones are coming later this year with next generation Tensor chip.

In a series of announcements, Google not only showed off both phones, but said to expect an “evolution” of the new Pixel design, Android 13 out of the box, and some fun new colors.

The Pixel 7 will once again have a dual camera, while the Pixel 7 Pro will feature a triple rear camera. Google is claiming that the triple camera will set “a completely new standard for photography.”

For design, we certainly have a lot more seamless contrast from the camera bar through the metal frame. In fact, the camera bar and metal frame are a single piece of aluminum, so yes, I’d agree that this is an evolution. The only cutouts are for the cameras, which is pretty cool. Take a look at some images of the devices below to see how that’ll look in different colored aluminum. 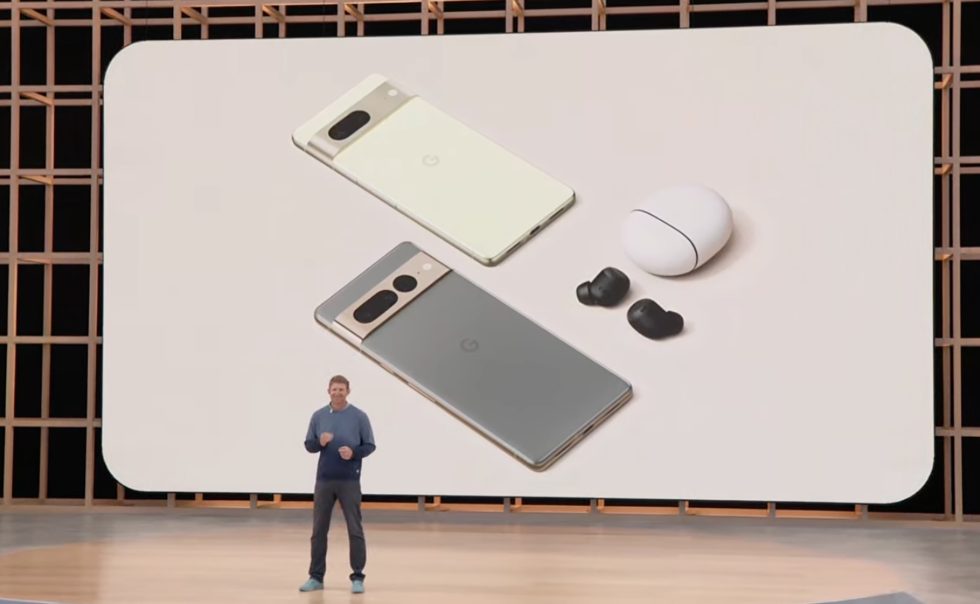 Read the original post: This is the Pixel 7 and Pixel 7 Pro!

2022-05-12
Previous Post: The government detectives and private eyes of the bitcoin age
Next Post: Google Teases the Pixel Tablet for 2023