What I Want to See From a Pixel Tablet

We haven’t discussed the Pixel Tablet too much since it was teased back at Google I/O, likely because we have a long ways to go before we get to 2023. Heck, who knows if civilization will make it that far, you know? I would like to start throwing out a few ideas of what I’d like to see from the device, though, because I think it’s important for Google to show that it’s capable of making a decent tablet. In my mind, Samsung is the only Android OEM making tablets that should be considered, so it would be good to have a bit of healthy competition in the space.

Even though I don’t use an iPhone, if I was in the market for a tablet, I would buy an iPad. The iPad has all of the apps I’d need and an absolute ton of support from 3rd-party app developers and Apple itself. Then there are Android tablets, which don’t seem to get a ton of love from app developers and Google. Only recently have we seen Google begin to retool how Android behaves on tablet-like devices, so that’s a good sign.

We need app developers, end of story. If experiences aren’t being built catered for the larger displays, then there’s no point in creating the device. This is where Android tablets have always fallen short in my eyes. As phone displays have gotten larger over the years, the need for a tablet to run certain apps became less necessary, so what I’d really like to see is a suite of tablet-exclusive apps/features that you simply can’t get on a phone. Make it a special experience, something only you can have on the tablet.

From the couple of photos we have seen, the Pixel Tablet looks like a Nest Hub, minus the Hub. It doesn’t look very premium, which I suppose is fine if we’re shooting for a lower price, but that does make me a little nervous. I want my tablet to be a multi-tasking workhorse coupled with plenty of processing power and RAM. It doesn’t need to beat a iPad Pro or whatever, but I’m hoping Google doesn’t go too light in terms of power. The backside of the unit looks like some sort of plastic and the single rear camera looks like an afterthought. I don’t believe the Pixel Tablet will win any design awards. 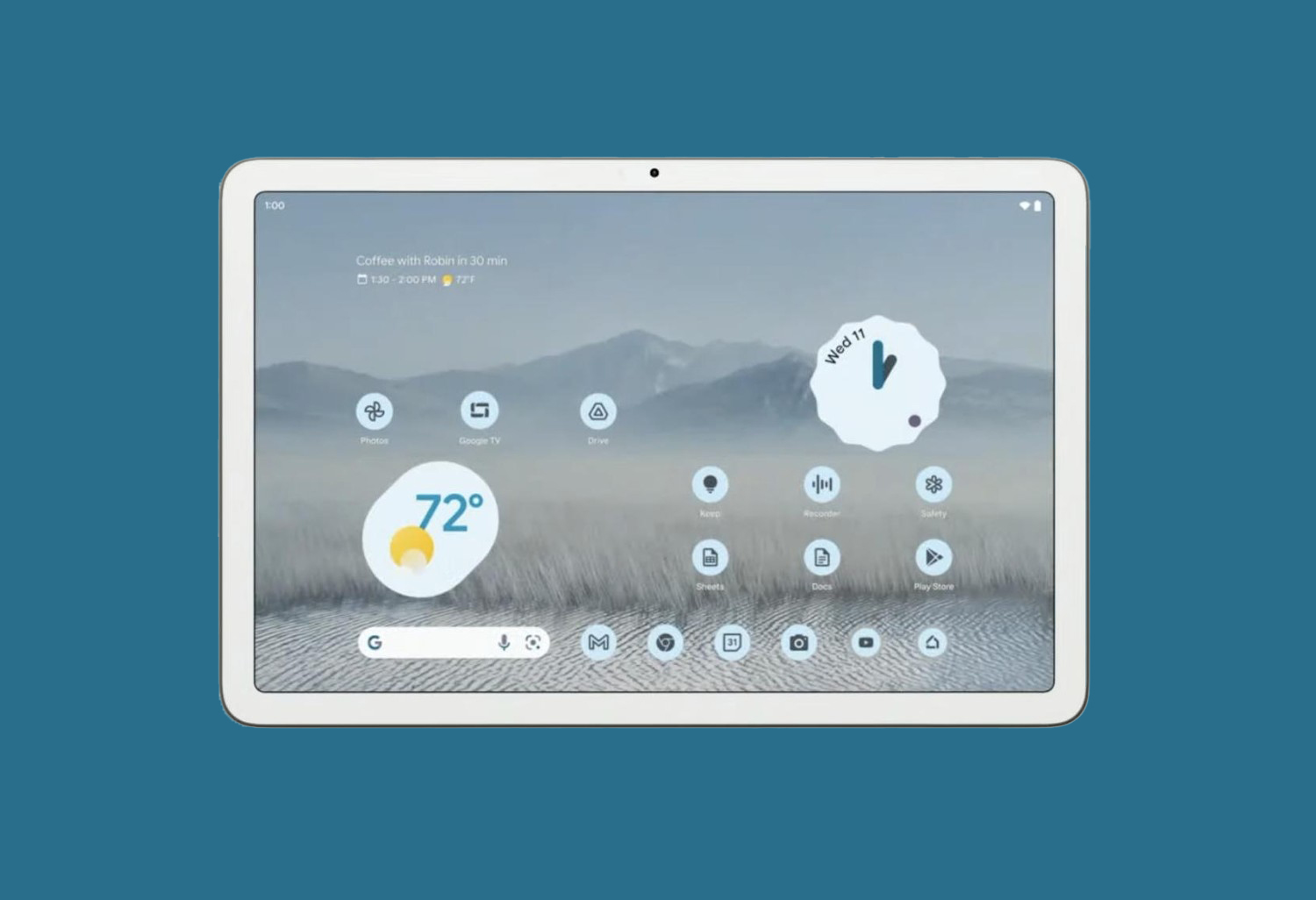 And that display better be awesome, too. In my mind, a tablet is all about offering a more immersive experience, and if that display isn’t crispy and gorgeous, I’m going to have reservations. This is an area that Samsung appears to understand. It’s been offering beautiful displays with high refresh rates on its tablets, so as long as Google doesn’t mind splurging a bit to make a great device, then we know it’s possible. If Pixel Tablet doesn’t have 120Hz refresh rate, I will be upset. If it doesn’t have 90Hz at least, I’ll be furious.

I just want to throw it out that for the right device, I don’t mind spending money. I don’t think everything needs to be priced competitively, especially if it’s offering something amazing. Being Google, though, I have a gut feeling that this tablet will be about $649 and potentially have a few compromises. I’m not yet ready to share where Google might not splurge, but for at least one example, I have a hunch that the single rear camera could be the Sony-made IMX363 we’ve seen from Google for years. That would not surprise me one bit. And again, the body appears to be plastic, so there’s a lot we don’t know. If it’s a dipped aluminum, then I could be way off and Google could be making a sweet device. We just don’t know enough yet.

To put it simply — Go for it, Google! Give it all you got, because if the Pixel Tablet doesn’t breathe a ton of new life into the Android tablet space, then it could be a goner forever.

Read the original post: What I Want to See From a Pixel Tablet

2022-05-28
Previous Post: macOS 13: Everything you need to know about the next Mac OS
Next Post: The Texas grid is designed to fail