Over the weekend, we saw an eBay seller try and pull in a pile of cash by selling a Pixel 7 prototype, a move that Google probably put a quick stop to. That same seller claimed to have already sold off a Pixel 7 Pro prototype without realizing what it was. As it turns out, he may have actually sold one, though he did so through the Facebook Marketplace. The buyer of that device took to reddit this week to explain that not even he knew what he had just bought until his world came crashing down.

This reddit thread was started by the guy who claims to have bought the Pixel 7 Pro prototype several weeks ago. The phone was listed as a Pixel 6 Pro and apparently worked up until a couple of days ago when that Pixel 7 prototype listing made headlines.

The owner of this Pixel 7 Pro prototype said he had had the phone for up to a month until he noticed the device acting weird and then rebooting back to the bootloader screen where it is now stuck. I think it’s pretty obvious that Google remote wiped it, which they can certainly do to a prototype that was never supposed to be sold in the first place.

As you can see below on the bootloader screen, this device was indeed codenamed “cheetah” like rumors suggested. We believe the Pixel 7 is codenamed “panther.” This device also has 12GB LPDDR5 RAM and 256GB storage, as well as a baseband showing “g5300,” a likely reference to the included Samsung Exynos modem that’ll work along side the new Google Tensor 2 chip. 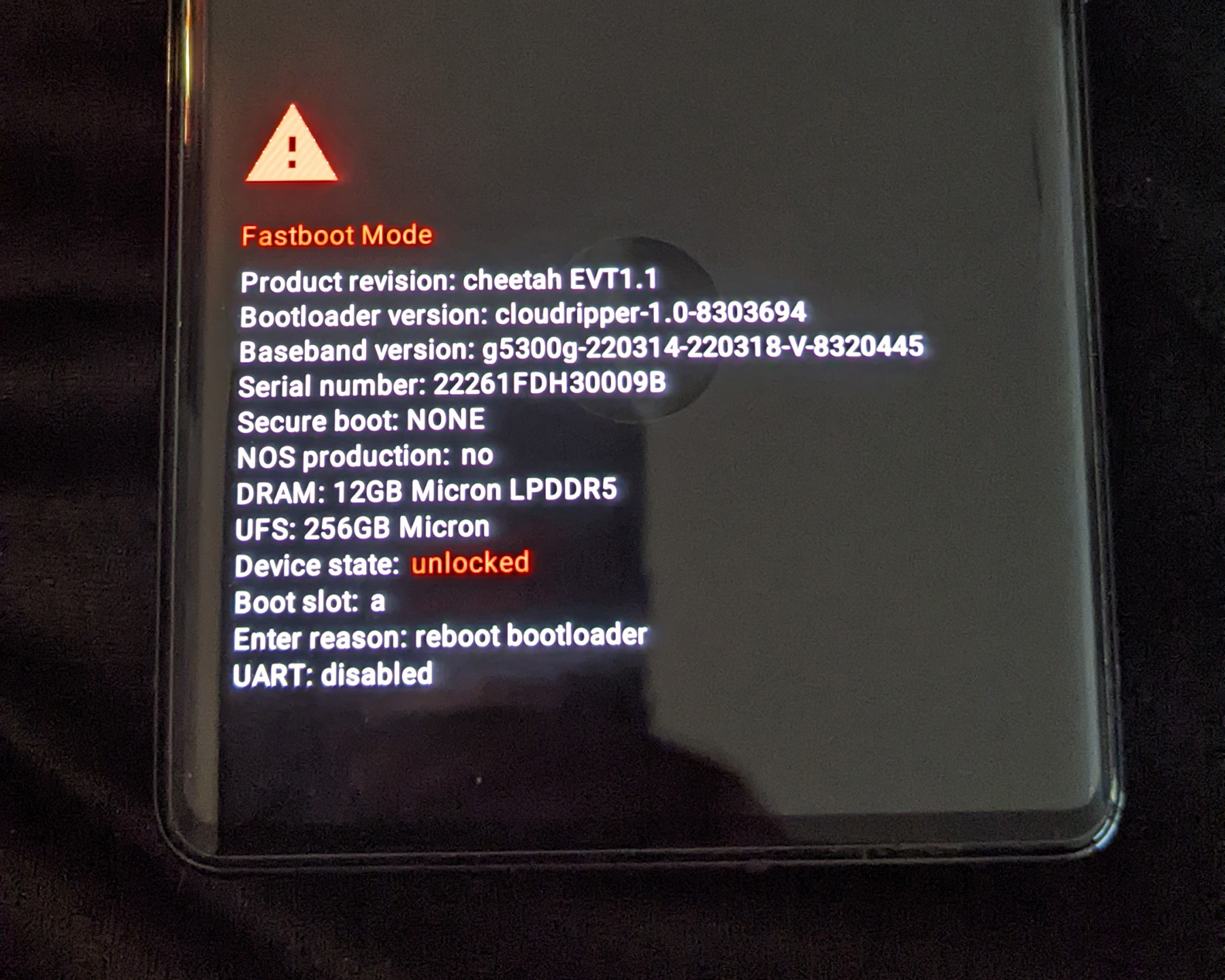 There isn’t much else to take from this story other than…yikes, guys. We (obviously) don’t know how that seller truly came into possession of two prototype Pixel 7 phones, but selling them is probably not super legal. Sucks for the dude that bought one, assuming he’s also telling the truth in not knowing what he had.

2022-06-02
Previous Post: Galaxy Watch 4 Beta Now Rolling Out to Those Enrolled
Next Post: iPhone 14: The complete guide to Apple’s next flagship